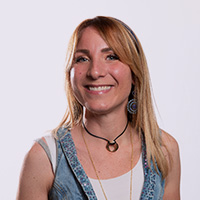 Would you like to try potato gnocchi served in an enticing, enveloping sauce? Then try our Gorgonzola and walnut gnocchetti, a first course dish that’s irresistibly creamy and perfect for those who love the strong flavor of blue cheeses, with a little crunch provided by the walnuts that are one of their most traditional companions. Walnuts and Gorgonzola are an inseparable pairing that’s a perennial favorite in pasta dishes, such as our recipe with trofie, as well as in second course dishes such as the delectable walnut and Gorgonzola escalopes. You won’t be able to resist this luscious sauce, but first, get your taste buds warmed up by making your own wholesome mini gnocchi following our recipe!

How to prepare Gorgonzola and walnut gnocchetti

To make the Gorgonzola and walnut gnocchetti, start with the gnocchi dough: Place the potatoes in cold water and then bring to a boil and cook until soft 1. Pour the flour onto a work surface and make a well in the center 2, then pass the still-warm potatoes through a potato ricer 3 directly into the well.

Now add the egg 4 and salt 5 and start kneading with your hands 6 until you get a firm, compact dough.

Shape the dough into an even ball 7, then take portions 8 from the dough ball and roll them into sausage shapes 9, dusting with the semolina.

Cut the dough sausages into ?-inch (1-cm) pieces 10 using a dough cutter or knife. As you form the gnocchi, arrange them on a tray covered with a floured dish towel 11. Bring a pot of water to a boil and season with salt once boiling. Cut the Gorgonzola into pieces 12.

Chop the walnuts 13. Warm the milk in a frying pan over low heat 14, then add the Gorgonzola and stir to melt it 15.

Pour the gnocchi straight into the pan with the cheese 19, stir to combine 20, and serve garnished with some walnut kernels 21.

The potato gnocchetti can be stored before cooking by leaving them on the dish towel for up to a couple of hours; in this case, they will take slightly longer to cook because the air will have dried them out a little. You can also freeze them by putting the tray in the freezer, and then, after around 20 minutes, transferring them to freezer bags in batches. To cook the frozen gnocchetti, just add them to boiling and salted water without defrosting first.

Instead of milk, you can use the same amount of heavy cream.

Gnocchi with gorgonzola cream are a creamy and morish first course. Discover the amounts and steps for preparing this recipe at home!
READ
Gnocchi Pasta

Gnocchi with speck and walnuts

Gnocchi with speck and walnuts is a delicious first course made with homemade gnocchi flavored with a tasty taleggio sauce.
READ
First Courses

Four-cheese gnocchi is a delicious indulgence: discover the recipe for homemade gnocchi and the rich cheese dressing!
READ
Gnocchi Pasta

Gnocchi with stracchino and spinach

Gnocchi with stracchino and spinach is a delicious first course made with an irresistibly creamy sauce!
READ
Homemade Pasta

Tortellini with ham and cream

Gnocchi alla Sorrentina is a dish from Campania, widespread in Italy and abroad. It is prepared with tomato sauce, mozzarella and basil.
READ