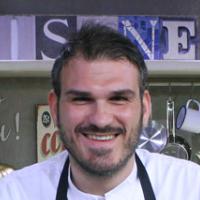 Potato gateau is a delicious dish made with potatoes and various cold cuts. A flan with an irresistible golden crust that will make a substantial dish. This famous, age-old dish is a cornerstone of Neapolitan cuisine, revisited in other regions of southern Italy. However, potato gratin did not appear on the luxurious tables of the aristocracy in the Kingdom of the two Sicilies until the end of 1700. In fact, the supreme palate of Queen Maria Carolina of Habsburg, wife of Ferdinand I of Bourbon, did not want to part with the delicacies created by her French chefs, called back to the court of the Kingdom of Naples. That was how the Neapolitan people learned how to make this dish their own. They replaced Gruyère with fior di latte cheese, and enriched the flan with ham and salami. And that's not all. The name was soon adopted and even the monsieurs did not escape the Neapolitan imagination, becoming "monzù"! Each family passes on their own version of this irresistible flan, and so we too have decided to share with you the recipe for potato gratin of Chef Roberto Di Pinto!

How to prepare Potato gateau

To prepare potato gateau, start by boiling the potatoes. To do this, rinse the spuds and place them into a large saucepan, covering with plenty of cold water 1. Place the pot over heat and, as soon as the water starts to boil, count about 30-40 minutes, depending on the size of the potatoes. Test them with a fork 2 to make sure that they are actually cooked: if the fork easily reaches the center of the largest potato, they are ready. Drain the potatoes and start peeling them while they are still hot, helping yourself with a small knife to avoid scalding your hands 3.

Finally, mash them immediately in a bowl: when they are hot, the potatoes are easier to mash and will virtually be lump-free 4. In the meantime, dice the mozzarella cheese 5 and place it in a sieve to drain any excess liquid 6. Alternatively, you can squeeze it with a clean cloth.

Dice the Neapolitan salami into about 1/3 inch (1 cm) pieces 7 and do the same with the slice of ham 8. Now take the freshly mashed potatoes and add the eggs 9,

a sprinkling of pepper 10, salt, a drizzle of oil 11 and grated Parmesan cheese 12.

Mix the ingredients (13-14), and when the mixture is well amalgamated you can add the ham and the diced Neapolitan salami 15.

Pour the drained mozzarella cheese 16 into the bowl and mix all the ingredients 17. Oil a 4x4-inch (20x20 cm) square baking dish 18

Sprinkle the surface with breadcrumbs and Parmesan cheese 22, season again with a drizzle of oil 23 and bake in a static oven preheated to 350°F (180°C) for about 30 minutes. Once ready, your potato gateau will be a steaming and inviting dish ready to be served 24!

Never as in this case is it useful to embrace the famous popular saying "you find what you put in", so indulge yourself using cold cuts and cheeses to your liking. If the potatoes you have used are too floury, you can dilute the mixture with very little milk, according to the Neapolitan tradition.

The potato grateau (in italian: gattò) is a rustic, tasty and at the same time delicate dish, which can be eaten as a delicious single dish,…
READ
Single Courses

Potato parmigiana is a rich and delicious main dish or a very rich side dish, with layers of potatoes, bechamel, ham and provolone cheese.
READ
Pasta

Neapolitan-style pasta and potatoes is a simple first course with an enveloping creaminess belonging to the Neapolitan cuisine: it will…
READ
Savory tarts

Potato tart is a delicious and original idea, perfect to serve as an appetizer. Enriched with ham and cheeses, everyone will love it!
READ
Appetizers

The potato calzoni are delicious appetizers, to be enjoyed as an aperitif, inspired by the traditional stuffed fried calzoni. Find out the…
READ
Main Courses

The potato crumble is a variant of the typical Mantuan dessert, here it is proposed as a delicious appetizer that contains a tasty filling!
READ